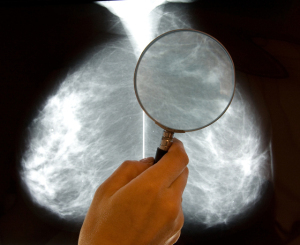 In the 1960s and '70s, randomized trials out of Sweden found that mammography screening could reduce breast cancer mortality by 20 to 25 percent in widespread screening populations. But a new in-depth review of those trials published in the Journal of the Royal Society of Medicine states that those findings are most likely overestimated.

The review was conducted by researchers at King’s College London and the University of Strathclyde Institute of Global Public Health at iPRI, France. They found that the Swedish trials used an unconventional statistical method that is different from the method used for other cancer screening trials.

The researchers claim that if the Swedish trials used a similar statistical method to the other trials, the reduction in breast cancer mortality from mammography screening would have probably been less than 10 percent.

Many studies conducted in North America, Europe and Australia have shown that the rates of advanced breast cancer have not declined in countries where most women undergo regular mammography screening, according to the review.

On Monday, a study was published in JAMA Internal Medicine that evaluated data from 16 million women in 547 counties in the U.S. in 2000 and found that there was widespread overdiagnosis and no significant difference in the overall rate of death from breast cancer.

In addition, other studies have shown that reductions in breast cancer mortality were the same in countries that implemented mammography screening at the end of the 1980s and countries that did so a decade or two later.

The researchers noted that these findings are in stark contrast with screening for cervical and colorectal cancers, which has been proven to reduce the amount of advanced cancers in populations. They added that this will be important information for policymakers in middle-income countries that are trying to decide how to prioritize cancer screening efforts.

The researchers also mentioned that breast cancer treatment advances must be taken into consideration to evaluate the impact of mammography screening. Over the years there have been major improvements in the organization of care and advancements in surgery, radiotherapy and chemotherapy/endocrine therapy.