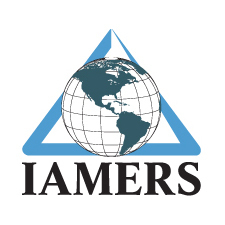 IAMERS
After the great meeting that IAMERS had in Washington this Spring, making plans to attend the European meeting in Barcelona this September was a no-brainer.

For those who don't know, IAMERS is the independent sales and service association for high end diagnostic imaging equipment. This business was really invented in the United States and American vendors developed it around the world.

Looking at the recent growth of the European and international markets raises interesting questions. One question that is on my mind is: Can North American firms be as successful in Europe as European firms have been in the U.S.?

Maybe it is not a fair comparison but I'm reminded of the way the U.S. automobile industry lost a lot of market share to the Japanese and Europeans, and now the Koreans. For diagnostic imaging equipment dealers in North America, is the market theirs to lose?

Once again, the Europeans are taking an industry that was pioneered in the U.S. and are improving it while many U.S. companies seem to be falling asleep. In fact, just today Europe's Pantheon Healthcare Group announced their acquisition of Ingegneria Biomedica Santa Lucia (IBSL), a major provider of biomedical equipment services and clinical engineering in Italy.

I am curious to see if U.S. companies will expand and succeed internationally in the same way.

For IAMERS — and DOTmed, too — innovation and successful business strategies are ultimately a good thing wherever the come from. As I am so fond of saying, a rising tide rises all boats.

In any event, I am very excited to attend the IAMERS European meeting. Diana Upton and I spoke on the phone recently and she mentioned some very interesting people who will be in attendance.

Hopefully I will come back with a better understanding of what is going on and, of course, I will let you know what I find out.