Through deal with Merge, IBM's Watson will interpret medical images 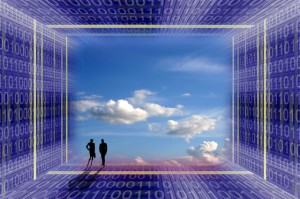 Someday in the near future, when there's an X-ray or CT scan that needs interpreting, your hospital may well echo the sentiment of the first phone call, when Alexander Graham Bell famously said, "Mr. Watson — come here — I want to see you."

That would refer to IBM's massive Watson Health Cloud effort, which has just ponied up $1 billion to buy Merge, a medical imaging management platform with 30 billion medical images in it. The plan is to use these to "teach" Watson to "see," according to IBM.

“Merge is a tremendous addition to the Watson Health platform," said John Kelly, senior vice president, IBM Research and Solutions Portfolio. He noted that, “Watson’s powerful cognitive and analytic capabilities, coupled with those from Merge and our other major strategic acquisitions, position IBM to partner with health care providers, research institutions, biomedical companies, insurers and other organizations committed to changing the very nature of health and health care in the 21st century. Giving Watson ‘eyes’ on medical images unlocks entirely new possibilities for the industry.”

Watson’s advanced image analytics and cognitive capabilities can feast on the data, which will make it ever "smarter". It will be able to "surface new insights from a consolidated, patient-centric view of current and historical images, electronic health records, data from wearable devices and other related medical data, in a HIPAA-enabled environment," according to the company.

Watson won "Jeopardy!" thanks to its advanced natural-language processing and statistical analysis, which let it both interpret questions and give answers. This type of processing is "iterative", as is the type of analysis and learning that will be brought to medical imaging due to this latest acquisition.

Merge’s technology platforms are in use managing images at more than 7,500 U.S. health care sites, as well as most of the world’s leading clinical research institutes and pharmaceutical firms, according to IBM.

This huge "data buy" is the computing giant's third major health-related acquisition – and the largest – since launching its Watson Health unit in April. The two prior deals were for Phytel (population health) and Explorys (cloud based health care intelligence).

Medical images are by far the biggest, fastest-growing data sector in health care. IBM researchers say that they account for at least 90 percent of all medical data today.

Watson's enormous computing power may ultimately help address the challenges faced by today's radiologists confronting this massive onslaught of data — in some hospital emergency rooms these image analysts are now facing as many as as 100,000 images a day, according to IBM, and today's interpretive tools to help them are still primitive, forcing specialists to interpret by hand.

Beyond that the most significant insights come when images and other data sets are brought together. Yet medical images "remain largely disconnected from mainstream health information," noted the company.

“As Watson evolves, we are tackling more complex and meaningful problems by constantly evaluating bigger and more challenging data sets,” Kelly said. “Medical images are some of the most complicated data sets imaginable, and there is perhaps no more important area in which researchers can apply machine learning and cognitive computing. That’s the real promise of cognitive computing and its artificial intelligence components."