What impact does China have on U.S. health care? 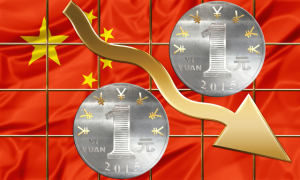 Anyone planning for retirement has probably seen the value of their stock portfolio or 401(k) drop in the last few days. It is no secret that stocks have lost ground, the price of oil continues to drop as Saudi Arabia continues to produce at the same rate.

For those of us who remember the financial crisis, just about seven years ago in 2008, what is happening in China may look familiar and the impact that China's economic crisis is having on the world market has to be disconcerting.

The world is getting smaller and the financial problems we are having here in the U.S. prove it.

My question: Will this result in a slow down in the health care sector?

Certainly, financial problems will impact buying decisions but there are other forces at play. Equipment is older and the cost to maintain is, therefore, slightly higher. Newer technology results in better patient outcomes and an aging population that is ever growing will create greater demands and require the latest technology available.

Some would say that Russia is experiencing a financial crisis yet private pay imaging centers continue to grow.

According to Quinnipiac University, in a recent survey of registered voters, 13% of those polled ranked health care as the most important thing to them — second only to the economy and jobs at 37%.

In my mind, the message is that U.S. citizens will require and demand newer and better equipment.