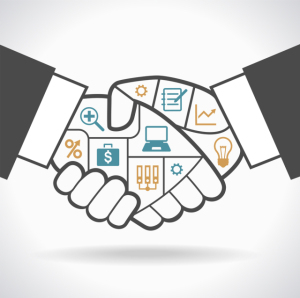 I read today in our online news that Digirad has acquired DMS Health Technologies.

As you may recall, if you have read my blogs in the past, I believe that the mobile business is headed for an uptime. DMS is a major mobile player in the northern central United States and has a great reputation there.

It is no secret that the mobile business has been suffering for a lot of reasons but DMS has continued to provide quality customer service and has a loyal following.

Digirad has also faced certain challenges. The company is well known for physician based nuclear cameras but it is no secret that diagnostic imaging has been trending toward hospitals and well funded private facilities. Still, Digirad has held its own because it produces a quality product.

These two companies teaming up seems like a great move at just the right time. Not only will both firms be able to offer one another's products to their existing customer base but I believe that both products are headed for an upturn.

I am convinced that mobile imaging is going to rise, both trailer-based — such as the MRI and CT that DMS offers — but also, I am sure that nuclear SPECT and PET will also increase when the economy eventually turns around, which I predict will occur after the upcoming presidential election.

I imagine this merge will be win-win for all parties involved.