Watson and Nutrino partner-up to improve diets for expectant mothers 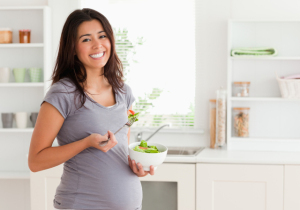 For the estimated 4 million women who have babies each year in the U.S, sifting through millions of websites (of varying credibility) for the best diet advice may have just become an instant, 24/7 proposition.

“In general there is a fundamental lack of consistency in nutrition advice,” Yaron Hadad, co-founder of Nutrino told HCB News. “It was quite striking to discover that even during a sensitive period such as pregnancy… (nutrition) information is often conflicting and contradictory, and makes eating a challenging task.”

Nutrino worked with 40 pregnant existing users. Hadad said, for example, if an expectant mother types an Internet search on how much coffee she should drink, millions of pages will pop up, often with different answers. The Nutrino App Powered by Watson, however, will respond with an answer that sorts through the contradictions to give a concise, balanced answer listing the pros and cons for that specific user.

“We got feedback about their needs and doubts concerning healthy nutrition during pregnancy,” Hadad explained. “They helped us identify the most important questions expectant mothers have during pregnancy, and all of this feedback was integrated into the app.”

He added that one of the early users was his co-founder's wife, who was pregnant with her third child. While she was on vacation in Thailand, she wanted to know if she could eat prawns. In an instant, the app gave the okay. Hadad said that much of the app use comes from expectant mothers who are away from home and have questions about eating outside their normal routine.

He said this is just the first step in tailoring personalized nutrition advice.

“In the near future we will target populations that have very specific nutrition needs,” Hadad said. “Nutrition during pregnancy is the first such population, and later we will help people with chronic diseases manage their health better through smarter decisions.”

“Our goal is help people cut through the clutter of nutrition information,” Hadad added “Nutrino will hopefully make healthy eating easier and more personalized for us all.”