Clinton vs. Sanders... your vote? 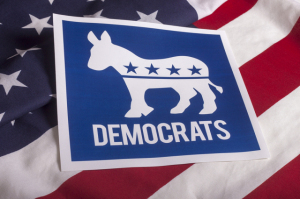 Over the next few weeks, I am going to talk about which U.S. presidential candidates would be better for health care. I am going to start with the Democratic candidates because there are fewer of them.

I do not think Mr. O'Malley has a chance of winning so I am going to focus on Sanders and Clinton.

Let me begin by saying I am skeptical about all politicians. I think all of them say whatever they need to say in order to get elected and they are all a little bit manipulative.

Having said that, I believe that Sanders is probably more candid and what you see is what you get with him, for the most part.

Clinton, I think, is more astute and has a better understanding of what the Democratic party is thinking.

Still, I see her as a career politician who will say what she thinks will get her elected.

My suspicion is that Clinton is probably better for health care than Sanders.

It seems to me that Sanders is not very friendly to business. Being anti-Wall Street and anti-business is not going to make for more medical innovations or more medical business growth.

If Sanders raises taxes, which he wants to do, if he tries yet again to revamp health care, it will slow us down.

I, for one, would rather not see any increase in income taxes.

Also, I would like to see small companies and big companies invest more in the health care industry.

I work in the Lower Manhattan Financial District and it is my belief that businesses that invest money do so because they want to get a return. If you take away the opportunity to generate a return on your investment, then why invest and why take any risk?

Therefore, if the only choice I had was between Sanders and Clinton, I would pick Clinton.

For whatever it is worth, I also believe she has more experience in the world stage than Sanders does.

What do you think?

If you had to choose between either Clinton or Sanders, which would you pick and why?