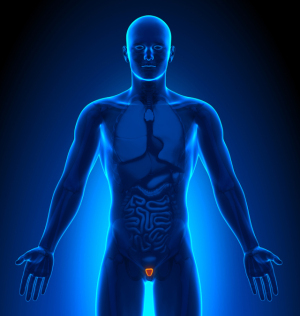 Researchers have found that a PET/CT scan is more sensitive for detecting metastatic prostate cancer than the imaging modalities currently in use, which could hold the key for providing more timely treatment.

In the study, published in the January issue of the Journal of Nuclear Medicine, the researchers compared a PET/CT scan using the radiotracer F-18 DCFBC to conventional imaging modalities — an expanded Tc-99m-methylene diphosphonate (MDP) bone scan and contrast-enhanced CT of the chest, abdomen and pelvis — to detect prostate-specific membrane antigen (PSMA), which is associated with prostate cancer metastases.

The study looked at 17 patients, and researchers found that the F-18 DCFBC PET scans were able to detect a larger number of prostate cancer lesions than the other imaging modalities, with 592 positive compared to 520 positive using the other methods. F-18 DCFBC PET was also much better at detecting lesions in the lymph nodes, bone and visceral tissue, and found a large proportion of lesions that would be negative or ambiguous using the other imaging methods.

Dr. Steven Cho, a corresponding author for the study, conducted by a team from Johns Hopkins, and associate professor of nuclear medicine at the University of Wisconsin School of Medicine and Public Health, said PET scans have the potential to replace CT and bone scans. Further trials may also show that earlier detection and treatment could lead to better outcomes.

“The value is not necessarily (in) replacing those two scans,” Cho told HCB News. “I think it’s really much more accurate. This will pick up the disease, and the location of the disease, much earlier.”

The radiotracer used in the study was developed by Dr. Martin Pomper, a radiology professor at Johns Hopkins. Cho also authored a study published last year that found that PET imaging was better able to detect fast-growing primary prostate cancer and also better able to differentiate it from benign prostate lesions.

“The number of publications of PSMA PET imaging has really exploded over the last two years,” Cho said.