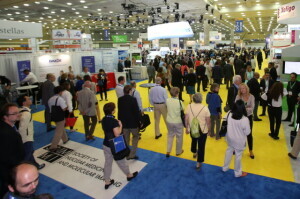 Combining the high sensitivity of PET for molecular and cellular processes with the functional and anatomical information from MR results in a promising hybrid molecular imaging modality.

There is perhaps no technology currently being developed in the field of radiology that is more popular in scientific journals — and with more long-range potential — than PET/MR. Cancer and Alzheimer’s Disease, as well as other forms of dementia, are among the major population health issues that these merged technologies may help us diagnose.

At the Mid-Winter Meeting of the Society of Nuclear Medicine and Molecular Imaging (SNMMI), Dr. Jacob Dubroff from the University of Pennsylvania discussed this valuable — and expensive — new technology.

PET scanners have been overlaid with computed tomography (CT) capability to create PET/CT cameras for some years now. Today, those systems carry costs in the range of $1.5 to 2 million, depending upon features and manufacturer. In contrast, a new PET/MR camera can cost anywhere from $5 to 7 million.

The reason for the high price is that brand new technology had to be developed in order for a PET camera to operate in a high magnetic field.

“Why would someone invest that much into a piece of imaging equipment when there are software/hardware workstations available for $10,000?” asked Dr. Dubroff.

The reason, he said, is because the PET/MR images from the new devices are 20 percent more accurate than using image-fusing software.

The MR magnetic field is 30,000 times stronger than the Earth’s magnetic field and interrupts the vacuum tubes in PET cameras so that they cannot detect and process the radioactivity information that is coming out of the patient. So designers sought out new methods of radioactivity detection.

In 2006, Dr. Simon Cherry at the Center for Molecular and Genomic Imaging at University of California Davis, shared a new discovery with other scientists and physicians in scientific journals. Cherry’s lab employed solid-state technology for photon detection, the component of radioactivity. While the discovery was initially intended for use with animals, the translation to use with humans was obvious.

There are three manufacturers who manufacture and market PET/MR devices: Philips Healthcare, GE Healthcare and Siemens Healthcare. Each manufacturer has design elements that are unique, while still providing fused images of the PET scan overlaid with MR.

Additionally, a new discovery in PET imaging called Time Of Flight, is incorporated into these new designs. With the detection issue solved, physicians and other imaging researchers could chart the advantages that were available in imaging science.

The basis for use of MR in place of CT is the mechanism of imaging that each uses. While CT detects differences in the density of human tissue, MR visualizes the changes in the way the water within tissue behaves in a magnetic field.

“Water molecules are essentially little magnets with opposing positive and negative portions. The coils of the MR camera listen to how water molecules react to being zapped by radio waves generated by the machine during the procedure,” said Dubroff.

Work is continually being done to determine what advantages PET/MR may have over PET/CT with respect to the three approved PET indications — dementia, primary tumor evaluation and epilepsy. As time goes on, the diagnostic value of these tools should come further into focus.