Attention baby boomers: you may be the biggest obstacle to using social media to manage public health 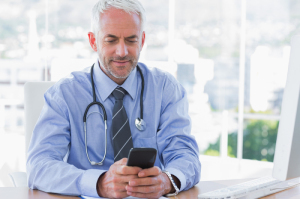 Two researchers in Canada and the U.S. are leading the charge to figure out the best way to deploy social media in public health. At HIMSS, they presented and appealed to a surprisingly large crowd on the last day of the convention in a session titled, “Building a 'Road Map' for Social Media in Public Health.”

“I’m an informatics nurse who has always been interested in figuring out the best way to measure outcomes,” Susan McBride, Ph.D., professor at Texas Tech University Health Sciences Center, told HCB News. “Social media is a powerful tool, but your average health care administrator is scared to death of it because it’s hard to control.”

She said this fear is based on the negative experiences hospital leaders have had with social media. As an example, she cited the case of an ER nurse in Texas who posted to Facebook about her fears about triaging patients during the 2014 Ebola scare. The hospital where she worked quickly contacted her and insisted she remove the post, which the nurse did.

But McBride and her co-presenter, Richard Booth also a Ph.D., RN, and assistant professor at Western University, Ontario, Canada, made the case that health care must move beyond this apprehension. They said social media is on the march and patients are leading the charge.

According to national data the two cited, 58 percent of Americans own a smart device and social media is one of the main applications for these devices. They also said that seven out of 10 people track someone’s health with a handheld device. One audience member noted that in her state of Mississippi, health communication via handheld devices is key, as most of the population does not have access to a desktop computer.

“I read a paper Richard wrote about how Canada is using social media to manage public health and I thought ‘What’s going on here? This is really cool stuff,'” McBride said.

She contacted Booth and last year they organized to spearhead meetings to bring together people working in this field. They are working to lay strategic groundwork and set up guidelines for deploying successful social media to improve public health.

A hospital manager from Australia said her biggest obstacle to implementing a social media strategy program was getting senior executives to buy-in.

The room erupted in applause at this comment. She said older health care leaders don’t understand social media because they tend not to use the medium themselves.

“Finally I said, look I’m just going to do this and come back and show you the results,” the woman said.

McBride shared that most of those doing cutting-edge work in Canada and the U.S. to roll out social media applications to public populations are indeed Millennials.

The two are working to obtain funding to continue their study. They are also seeking to hear from others who are deploying social media to manage health needs with large populations of patients.