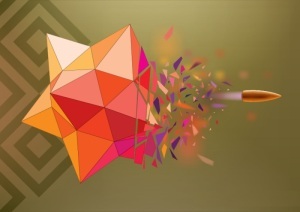 The team has developed a novel way to develop transducers, capable of controlling “high-pressure ultrasound to move, manipulate, or destroy tiny objects like particles, drops or biological tissue at scales comparable with cells,” according to the American Institute of Physics report of a paper recently published in its Applied Physics Letters.

This could result in greater precision in surgery at the smallest scale.

"The advantage of acoustics is that it's noninvasive," senior author Claus-Dieter Ohl at Nanyang Technological University in Singapore told the AIP, noting that the new device gave them “much better control of the photo-acoustic wave, and the wave can be even designed such that it serves the purpose of a mechanical actuator."

The breakthrough allows for control beyond what was previously possible. Before this latest development only basic acoustic planar waves could be manipulated. This permitted only the ability to focus on a single point, like “a magnifying glass focuses light waves,” according to the report.

Standard laser-generated focused ultrasound transducers (LGFU) using a substrate of glass coating with nanotubes can only form basic shapes because it is hard to make complex structures from glass. When the nanotubes are heated they convert that heat to high-pressure acoustic waves, but the basic shapes of the materials yield acoustic waves of similarly basic shapes, according to the report.

According to researchers Chan, Thomas Hies and Ohl the physics challenge is that, “to generate more complex wave fronts than a single focused or planar wave, surfaces with a nontrivial shape are needed." However, the substrates of the present photo-acoustic transducers are glass lenses, which limit the geometry to that offered from the lens manufacturer, e.g., planar, cylindrical, or spherical.

Their new approach could overcome this challenge by “using arbitrarily shaped yet smooth surfaces,” they point out, that “would allow emitting photo-acoustic waves with a controlled phase resembling [a] hologram."

To achieve such shapes they used 3-D printing, noting that it held the promise “to construct polymer-based surfaces with high accuracy at low cost."
1(current)
2