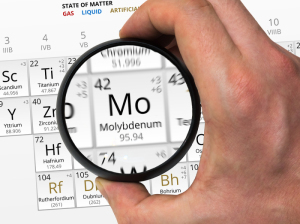 With Chalk River offline nuclear medicine professionals must now consider the risks to the supply of molybdenum-99 and technetium-99.

“This is a very tenuous situation we’re looking at,” Christopher O’Brien, chief of nuclear medicine at the Brant Community Healthcare System in Southern Ontario told The Globe and Mail. “If all the cogs in the wheel run smoothly, we will get by relatively safely. If one of the cogs in the wheel breaks, then the whole system collapses very quickly.”

The Canadian facility in Ottawa, which recently began ramping down production, is 60 years old and scheduled to close completely in 2018.

Other isotope suppliers are lined up to make up the demand — but should there be a major hitch in their production a global shortage could loom.

Should that happen, O'Brien told the paper, “you start to ration.”

Such was the case in 2009 when a Netherlands reactor went offline at the same time that Chalk River was not producing. “You’ll focus on cancer patients, you’ll focus on acute situations,” he advised. “Anybody else will have to be put on a waiting list.”

In October, a new study from the National Academies of Science, Engineering, and Medicine (NAS) noted that the risk of shortages is “substantial.”

“The NAS report states that 75 percent of the current global supply of Mo-99 for medical use is generated using highly enriched uranium (HEU) and the remaining 25 percent is produced with low enriched uranium (LEU),” according to reporting at the time.

There are currently four projects underway that are expected to supply half or more of the Mo-99 that the U.S. needs. But the report states that substantial domestic supplies will most likely not be available before 2018 because of technical, financial, regulatory and market challenges.

To buttress the present supply line against the risks, the Chalk River reactor will be kept on “hot” standby mode until it closes permanently, according to the Canadian paper.

One concern is the time to reboot molybdenum-99 production. “We depend on weekly supply, Andrew Ross, president of the Canadian Nuclear Medicine Association, told the publication. “You can’t stockpile medical [molybdenum-99]. You’ve got to be making it week over week. So if a reactor goes down for a week, that can’t be replaced.”

An estimated 80 percent of the world’s nuclear medicine – or approximately 70,000 SPECT scans per day – are contingent upon access to an isotope traditionally generated in nuclear reactors, HCB News reported in 2015. For the Western Hemisphere, the National Research Universal (NRU) reactor at Chalk River has been the primary supplier of molybdenum-99 since 1957.

As part of the worldwide response to building up replacement supply, the Australian Nuclear Science Technology Organization reactor in Sydney announced last week that it will boost production from 550,000 doses a year to 10 million, according to a statement.

“What we are doing here will deliver a good public health outcome for Australians and people from around the globe, and a strong economic upside for Australia,” Dr. Adi Paterson, ANSTO CEO, said.

“While some technologies such as cyclotrons are being experimented with to produce nuclear medicine, none have reached the reliability, commercial scale and quality levels achievable from a nuclear reactor,” Paterson added.

About 20 percent of the world's technetium supply comes from Chalk River, with the rest from a half-dozen other reactors in Europe, South Africa and Australia, according to Nature.

"What we have is a period of vulnerability that could last into 2018," Kevin Crowley, senior director of the U.S. Nuclear and Radiation Studies Board, stated in the publication in September.