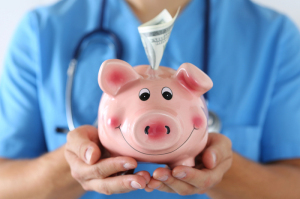 Over the last few days I have had too many conversations to count about the upcoming Trump administration.

Remember, candidate Trump said that we could expect better health care at a lower cost.

I am not exactly sure how he plans to pull that off but I am sure that almost everyone I have spoken to believes that health care spending is going to rise.

Now that the Republicans control Congress and the White House, I believe that we will see these infrastructure programs and since the Democrats were always in favor of them, they will not stand in the way of allowing these kinds of programs to flourish.

Infrastructure jobs will expand the workforce and improve the economy in general, short term, even if it creates inflation and added debt in the near future. Nevertheless, part of those infrastructure programs will be hospitals and health care and that is going to be a good thing for those of us in the industry.

So, I agree that health care spending will rise — I just hope that when it comes time to pay for things, there is some solution.