December 7 and kids grow up so fast 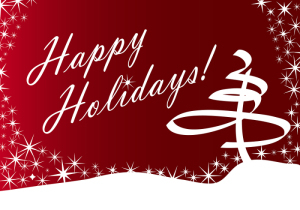 Given that it's so close to the holiday season I wanted to share something non-health care related.

My coworker Mike Galella took his 95 year old father to the 75th anniversary of the December 7 attack on Pearl Harbor. Mike's father was awarded the Bronze Star for his meritorious service during World War II.

Mike tells the story about the funds that were raised at the local pub so that his father could fly in the front of the airplane. Of the officers who made their private homes available for the 150 veterans who were also in Hawaii for the event. As Mike was traveling with his father on a boat his dad and another veteran received a standing ovation from the tourists on board. It may not be a holiday story but it certainly warms your heart.

My father was also a veteran of World War II and served in the European theater. My father reminds me of Mike's father. He stood up when the lady entered the room, he held the door for my mother and he told me that I should do the right thing not because people are watching me but because it's the right thing.

People were different in those days. They seemed to know the things that really mattered and they cared about their country and each other. There was a lot less talk about "Me" and a lot more talk about "Us".

I can't help thinking about the young people that I know. We have four young children in our own company family and this year, as so many parents like to do, we've received so many wonderful holiday cards showing young people at various ages.

Each time I look at one of these cards I can't help but think about how fast the children grow up nowadays. With the Internet and smart phones and 24 hour news channels kids grow up even faster then ever.

I studied philosophy in college. I graduated 41 years ago and if I remember correctly it was Plato who described society as being a pendulum. He said that societies change over time. They go from being more liberal to less liberal and back again. From more democratic to less democratic and back again.... They swing back and forth like a pendulum.

When I think about Mike's father, my father and the young people that are growing up today in what seems to be unbelievable speed, I only hope that the children of tomorrow go back caring about "Us" more than "Me."

This is a great time to count your blessings and look forward to the future. Life isn't perfect but it's a gift, please take advantage of it.

From all of us here at DOTmed: Happy holidays and we wish you a prosperous and healthy 2017!