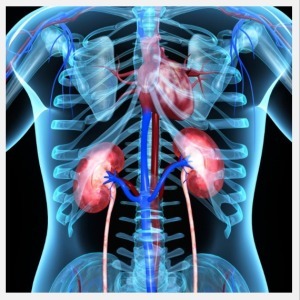 Predicting the likelihood of organ failure in transplants patients is a big part of preventing organ rejection. As counterintuitive as it may seem, a just published study found that physicians caring for transplant patients don't always have all the information they should consider.

"Transplantation is really rich in data sources and they are unfortunately largely used for regulatory purpose," Dr. Titte R. Srinivas, FAST, told HCB News. "Using techniques to harness all the data, both structured and unstructured, could help better predict those who are at risk for accelerated failure or death and thus improve care."

According to Srinivas, lack of easy access to data means physicians can be "misguided" by hunches rather than relying on proven data. He explained that when all available data over time is part of the decision-making process, the physician gets a longitudinal viewpoint. This, he said, improves the accuracy for predicting when a transplant might fail. Such predictions are important in the individual care a patient receives.

The study found that previous predictive modeling to determine the longevity of a kidney transplant were about 60 percent accurate. But using easily searchable data such as lab values, kidney function, vital signs, virus exposure and pathology reports can improve predictive accuracy of models up to 85 percent.

The study, which was published online this month by the American Journal of Transplantation, used four predictive models. These models were layered over a cohort group of patients at the Medical University of South Carolina, which had kidney transplants between January 2007 and June 2015.

"Transplant is unique, as we know the date that the medical condition started and the date of transplant. We know when the disease stops, the date of death or the date the kidney transplant fails," said Srinivas.

He said that the barrier to achieving such a big data application is that manual abstraction is difficult. As with other evolving protocols in health care, such as population management, Srinivas said that better ways of information sharing are needed to get the right data to the right person at the right time. And he noted that physicians will have to change behavior to be receptive to using new data sources.

"Our next steps are to share these models in meaningful ways with clinicians through the electronic medical record, in such a manner that actionable protocols are triggered by risk scores generated by these models of key clinically relevant variables," said Dr. Srinivas.

Another bit of good news from the study is that such big data applications are not unique to transplant. It is, Srinivas reports, possible with any disease state.