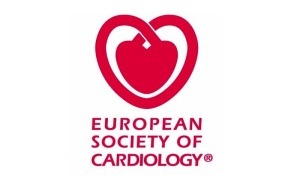 A new study found that patients who suffer from atrial fibrillation — the most common of heart rhythm disturbances — respond well to catheter ablation, and the invasive procedure can be a preferred long term solution compared to solely keeping patients on drugs to control an irregular heartbeat.

The prospective study of 3,639 patients from 27 countries was just published in the European Heart Journal.

"Several randomized clinical trials have shown better results of atrial fibrillation ablation compared to antiarrhythmic drugs. However, these studies had a rather small sample size.." Dr. Elena Arbelo, Ph.D., M.Sc., led author and senior specialist at the Cardiovascular Institute in Barcelona, Spain told HCB News. "With rising prevalence of AF ... it was of utmost importance to have an accurate picture of contemporary AF ablation and its outcomes [to] allow the identification of practice gaps and assist evidence-based guidelines for the management of these patients."

AF is the most common heart rhythm disturbance in both Europe and the U.S. The risk for the disorder increases with such factors as age, high blood pressure, obesity and diabetes, and nearly a third of AF patients will suffer a stroke.

During catheter ablation, a long wire is threaded through a blood vessel into the heart and observed under fluoroscopic imaging. The wire is used to burn or freeze areas of the atrium (where blood enters the heart). The resulting scar destroys or blocks abnormal electrical signals responsible for the irregular heartbeat.

According to Arbelo, most patients choose to undergo the ablation intervention to relieve symptoms (91 percent) and/or to improve their quality of life (66 percent).

"This is a serious issue," said Arbelo. "High risk patients who do not receive oral anticoagulation have a greater chance of a stroke. Patients receiving unnecessary treatment are in danger of intracranial and other types of bleeding."

She noted that since catheter ablation is an invasive procedure it carries the risk of complications. She also said that since it was a prospective study, the research team avoided making recommendations related to patient selection and use of diagnostic or therapeutic measures.

"The take-home message from the [study] is that catheter ablation is a valid alternative for the management of AF with a satisfactory success rate on or off antiarrhythmic drugs," said Arbelo. "Furthermore, there is room for improvement in the implementation of evidence-based recommendations, such as anticoagulation and post-ablation monitoring that should be tackled in the future."