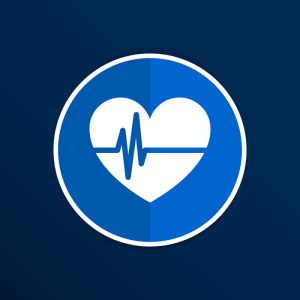 Until recently, it’s been impossible to test the integrity of phased array ultrasound probes used in echocardiography without using expensive electronic probe testers. Other types of probes are easily tested for failure of any of the multiple elements making up the array by looking for “dropout” in the image or in the in-air reverberation pattern, and confirming the fault by running a paper clip along the probe face.

Drop-out is seen as a dark vertical band in the image and as a local reduction in intensity of the reverberation pattern generated by the paper clip.This test doesn’t work for echo probes as every element in the array is active for every ultrasound beam and the beam is steered, masking any drop-out.

A new test, recently published in Physics Medica, The European Journal of Medical Physics, solves this problem. Activating Mmode, commonly used for visualizing heart valve motion, turns off the beam steering so that the paper clip test can be used. The Mmode line should be placed centrally in the image. When placed across the array the round cross-section of a paper clip means that contact is restricted to a very small part of the array, ideally a single element at a time. A slow sweep of the paper clip along the array will then reveal any failed elements by a vertical gap (or gaps) in the M-mode reverberation pattern as shown in the image.

The test has been validated using an electronic probe tester which measures the sensitivity of each element in the probe. The number and location of failed elements shown by the probe tester matches exactly the M-mode trace. Studies have shown that failed elements can contribute to misdiagnosis due to the associated reduction in output power and sensitivity. This is a particular problem when using Doppler modes as the Doppler trace used for diagnosis is significantly altered by drop-out. Piloting the test in several echo departments showed that 20 percent of probes were faulty, including one recently repaired probe.

About the author: Dr. Nick Dudley is a medical physicist at Lincoln County Hospital in the U.K. and research director at Multi-Medix Ltd.