Will PET and SPECT become 'go-to' imaging methods for the brain?

Will PET and SPECT become 'go-to' imaging methods for the brain? 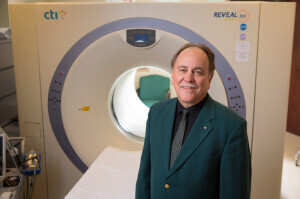 "Nuclear neurology is an emerging medical subspecialty," he told HCB News. "My anecdotal experience has been that once clinicians have seen what nuclear neurology can do for them in the care of their patients, they expand their use of it."

PET and SPECT could potentially improve the detection and treatment of many brain disorders, including Alzheimer's disease, traumatic brain injury, and autism. Miletich is currently studying brain scans obtained from 16,000 patients that range from juveniles to the elderly.

"Diseases or illnesses always affect the physiology and function of the brain. Anatomic changes though, do not always happen with disease," he said. "A good example is traumatic brain injury, wherein CT or MRI are often unremarkable, but SPECT is clearly abnormal."

The main hurdle is that many physicians lack expertise in interpreting nuclear neurology images. That's largely because brain function is complex and the number of potential diseases that can cause a particular neurological disorder is larger.

Miletich and other physicians proficient in nuclear neurology are beginning to train younger physicians. Because of that, he expects that the adoption of PET and SPECT will increase for neurological applications.