How do you feel about income tax? 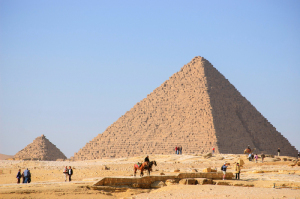 It's that time of year again, time to file your corporate income tax returns, not to mention your personal tax returns.

Nobody likes to pay taxes, especially if you do not agree with how the money is spent. Many of us are unhappy because we feel as though our elected officials do not work hard enough or are too focused on their own agenda.

Here in the United States corporations can pay up to 47% tax on their income but most corporations distribute money to their employees anyway. Personal income tax can be as high as 52%.

So, how do we compare?

In the United Kingdom, the maximum corporate tax is 19% and the maximum income tax is 45%.

In the United Arab Emirates, there is no such thing as corporate tax or personal tax.

In Trinidad, both corporations and individuals pay 25% and in Switzerland the maximum corporate tax is almost 18% and the maximum personal tax is 13%.

People in Sweden pay 60% tax but companies only pay 22% tax.

Singapore is 22% for individuals and 17% for corporations.

In Italy where the food is delicious, the maximum corporate tax is 28% and the maximum personal tax is 47%.

Corporations in Ireland pay 12.5% tax, like Apple for instance, but individuals pay 40%.

Corporations in France pay up to 33% tax and individuals pay up to 49%.

In China, corporations pay 25% tax and the maximum tax for individuals is 45%.

Last but not least is Belgium where corporations pay 34% tax and individuals pay 64%.

So, all this makes me think about the ancient Roman Empire taxing the various colonies.

When I think of Palestine and Egypt, I think of Easter and Passover... so from all of us at DOTmed, Happy Easter and Happy Passover!