SPECT/CT can assess kidney tumors without biopsies and surgery 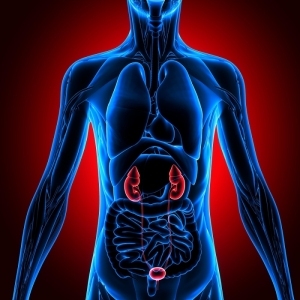 A one-off study from the 1990's was the catalyst for a group of researchers at Johns Hopkins to find a noninvasive way to rule out benign kidney tumors.

"Just using CT or MR, we can only tell if there is a growth on the kidneys, not whether it's benign or not - there's no way to tell the difference," Dr. Michael Gorin, chief urology resident at the James Buchanan Brady Urological Institute and Department of Urology at Johns Hopkins University School of Medicine told HCB News. "We thought - who wants to have a biopsy needle stuck in their back if the growth isn't cancer?"

Roughly 5,600 unnecessary surgeries are conducted annually in the U.S to remove benign kidney tumors, according to Gorin.

To address this problem, his research team introduced the common nuclear isotope 99mTc-sestambibi in 48 patients, which lights up cancer cells in the SPECT/CT image. The highlighting qualities have been used for about ten years to diagnose cardiac problems.

Eight of the 48 patients were initially diagnosed with benign tumors and did not require invasive biopsy or surgery.

The addition of sestamibi SPECT/CT also increases a physician's ability to classify malignant tumors more confidently. Such insight reduces the risk of misdiagnosis and unnecessary surgery for all patients, the researchers said.

"The procedure works really well," said Dr. Gorin. "If it lights up, no problem; but if it's cool (dark), cancer."

The study was published in the medical journal Clinical Nuclear Medicine, and according to Gorin, a Swedish study just replicated their findings.

He said that it's difficult to say if the protocol will become widespread anytime soon. But, all the elements of the procedure — from the medical isotope to the equipment — are already approved by the FDA.

"This is just repurposing of our existing knowledge and capability," said Gorin. "It's all tried-and-true, so I think maybe we'll see a snowball effect, as more centers try it and find it works."

He said the team got the idea from a study in the 1990's that involved four patients, one of whom had a benign kidney tumor.

"The research trail went dry after that, nothing more was done," added Gorin. "But in fairness, our technology and isotopes are much improved today from then."

Dr. Mohamad E Allaf, endowed professor of radiology at Johns Hopkins, said the test has already been of great benefit to patients.

"Use of this test has already spared a number of our patients from unnecessary surgery and unnecessary removal of a kidney that would require them to be on dialysis," said Allaf "These results are hugely encouraging, but we need to do more studies."