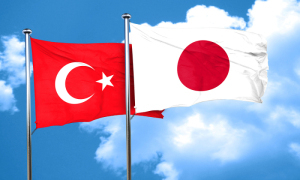 Japan's Hitachi is “willing to work with Turkey to establish the country's first particle beam therapy system," according to its health care group's CEO, Masaya Watanabe.

At present, no similar therapy is in place in the Commonwealth of Independent States, Middle East and Africa, he told the Anadolu Agency.

"We think that particle beam therapy will significantly strengthen Turkey's place in health tourism," he stressed.

That deal — which was announced last December and slated to close this month — will have a major impact on Hitachi's management, going forward.

“Turkey is positioned in the strategically and geographically important location to Europe, the Middle East and Central Asia," Watanabe stated when the deal was announced, adding that, “after 33 years of successful partnership contributing to Turkey's health care development, we recently have been providing not only our diagnostic systems, but also various kinds of solutions to medical facilities. Through this acquisition, we will further strengthen our partnership and collaborate together to deliver state-of-the-art solutions. I envision that our works will contribute to health care development and improve the quality of life in the region.”

He added to the news agency, “we will manage our operations in 65 countries in Caucasus, North Africa and the Middle East through Turkey, with Hitachi Healthcare Turkey.”

Watanabe emphasized that Turkey is located in an extremely strategic position for Europe, the Middle East and Central Asia, and that it is the biggest health care market in the region.

"We believe that Turkey is well located to transfer its expertise to the Commonwealth of Independent States, Middle East and Africa. Hitachi wants to work with Turkey to support this target."

Without specifically discussing recent political events in the country, he noted that the "Turkish government's success in making reforms in health care for its citizens is extraordinary. Turkey's achievements, especially in public-private partnership hospitals such as in Yozgat, Isparta and Mersin provinces set an example for other countries."

That group formed a five-year, $100-million lab partnership in February with two Turkish hospitals built and run as public-private partnerships between DiA Holding and the Turkish Ministry of Health. The facilities are located in Bilkent, Ankara, and in Mersin, and are anticipated to serve over 90 million patients during that period.

"This project combines our expertise in equipping laboratories with our service portfolio. It is a milestone for us and, at the same time, also a proof point for how we enable our customers to meet their current challenges, and to excel in their respective environments," said Bernd Montag, chief executive officer, Siemens Healthineers in a statement. "We have developed a customized solution for our partner DiA and the Turkish Ministry of Health that will comprehensively support their clinical business."