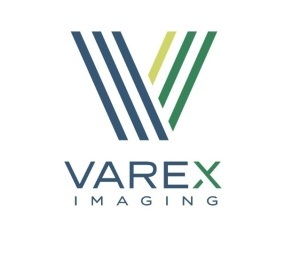 Varex Imaging has closed on the previously announced acquisition of the Medical Imaging business of PerkinElmer.

The deal is for approximately $276 million in cash, depending on post-closing adjustments.

"This imaging business is highly complementary to Varex's imaging detector business and has a similar financial profile. Customer overlap is minimal and we see revenue and cost synergy opportunities that we expect to achieve over time," Sunny Sanyal, Chief Executive Officer of Varex Imaging said in a statement.

It also has operations employing about 280 people in Germany, the Netherlands and the United Kingdom.

Varex anticipates the deal will boost annual sales about $140 million and will “be transformative” to its digital detector operations.

"We are very excited about the opportunities and prospects of adding this imaging expertise into the Varex organization,” said Sanyal, noting that additional opportunities from the deal include: “adding new digital detector technology to the Varex product portfolio; significant new cross-selling opportunities for X-ray imaging solutions; leveraging combined volumes to gain manufacturing productivity; and further expansion in the industrial imaging market."

Dr. Brian Giambattista, Varex's newly-appointed senior vice president and general manager, X-ray Detectors, will head up Varex's combined imaging detector business. He has been the president of the PerkinElmer Medical Imaging business since 2008.

Rick Colbeth, who had Giambattista's role at Varex pre-acquisition, is moving to Varex senior vice president of engineering, X-ray Detectors.

As part of closing this deal, Varex is replacing an earlier credit facility with a bigger one for $600 million.

When the deal was announced, Sanyal noted that "this is a natural fit for our Varex business, with complementary digital imaging products that will serve to accelerate our profitable growth with more than $140 million in new revenue."

Varex generated about $600 million in revenues in fiscal year 2016 and has a history of over 65 years in manufacturing and commercializing X-ray imaging technology.

Prior to this deal's closing, Varian Medical Systems and Varex Imaging Corporation officially became two separate businesses. That took place via a distribution of Varex stock to Varian stockholders of record on January 20, 2017.

The spinoff has been in the news since at least May 2016, when Dow Wilson, CEO of Varian Medical Systems, told HCB News why the separation was in the works. "The business objectives and growth strategies of the imaging and oncology businesses are going in different directions," he said. "They are two distinct businesses with fundamentally different products, customers, territories, and sales and marketing needs."