Telemedicine adoption grows – but overall impact remains to be understood 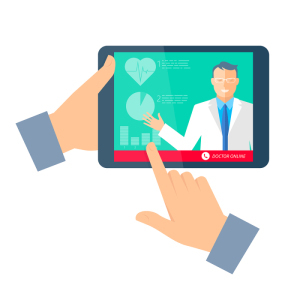 You are probably still seeing your doctor in person, at least most of the time, but telemedicine use is “surging” in the global delivery of health care.

In fact, the worldwide market is going to hit $113.1 billion by 2025, according to a new report from Grand View Research.

The acceleration is being driven by a number of key factors, including a rise in chronic conditions and self-care demands by patients, as well as growing developments in remote monitoring technology and the increasing move toward health data centralization. Underlying many of these are the fundamental drivers of greater health care efficiency from evidence-based medicine and a reduction of costs.

Within the overall telemedicine sector, connectivity and networking should be the fastest growth area, according to the report. In addition, there should be continued growth in the use of automation across the health care system.

By way of an example of this increasing use, this market report comes on the heels of a Harvard Medical School-RAND Corporation study, published in the May issue of the journal Health Affairs, that showed a “dramatic rise in the use of telemedicine for the diagnosis and treatment of mental health disorders in rural areas."

The uneven utilization of this type of service on a state-by-state basis underscored the important role that government regulations play in this sector of medical care delivery.

The study showed an average 45 percent rise in telemedicine visits from 2004 to 2014 for rural communities – but varied dramatically by state. Four states had zero visits; nine states showed over 25 visits per 100 patients with significant mental illness.

“Our results highlight the growing importance of telemedicine in the treatment of mental health disorders in rural settings where access to mental health care is often problematic,” said study lead investigator Ateev Mehrotra, associate professor in the Department of Health Care Policy at Harvard Medical School.

At present, there is much debate in Congress about Medicare coverage for such services – although they are widely used by the Department of Veteran Affairs.

On a state-level, legislators are also debating telemedicine.

In Texas, for example, the issue had been hotly debated – and fought in court – since 2011. This February a compromise bill finally moved forward in the Texas Senate to allow more use of the approach, especially useful in remote parts of the state.
1(current)
2