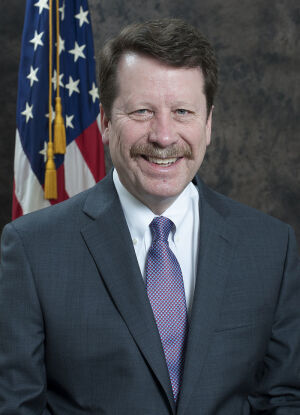 “I’m excited to turn to a new career with Verily and Duke University,” Califf said in a company blog post.

Despite a rapid “explosion of capability” in computing and information science, he noted, “we are still learning how to translate this capacity into better health and health care.”

He stressed that “bridging this gap” was a “recurring theme” of his own career.

Calling the problem “ambitious” he said “it’s at the heart of what I hope to accomplish at both institutions.”

Califf's oversight will focus on Project Baseline – helmed by cardiologist and Verily CMO, Dr. Jessica Mega. It will track 10,000 people over four years, according to CNBC.

When the Baseline project was announced last month, Mega stated, “with recent advances at the intersection of science and technology, we have the opportunity to characterize human health with unprecedented depth and precision. The Project Baseline study is the first step on our journey to comprehensively map human health.”

Califf will maintain his work at Duke's Clinical Research Institute, as well as becoming an adjunct professor in the Department of Medicine at Stanford.

Duke and Stanford are working with Verily on the study.

Califf met Verily founder Andy Conrad in 2004. “We found common ground in a vision that there had to be a way to translate the astonishing technology and communication capabilities that were transforming other industries to the arena of health care,” he recalled, adding that their discussions led to his work on Project Baseline, which he called “an innovative program designed to leverage existing tools and build new technologies to create a data-driven understanding of health and disease.”

Califf stopped his Baseline efforts when he went to the FDA.

During the same time, Conrad launched Verily. “Now, as part of the Verily team, I’m hoping to offer insights that will allow the company to better tailor its technologies to meet the needs of doctors, other providers, health systems and the patients they serve, and to drive evidence-based approaches that will enable continuous learning and improvement,” he said.

Verily was in the news in April, 2016, with both Conrad and Google co-founder Sergey Brin defending it against attacks from Re/code that it wasn't profitable.

During a Google employee meeting at the time, Brin reportedly stated that, “it’s true that, you know, as a whole our 'Other Bets' [a play on the name Alphabet] are not yet profitable, but some of them are, including Verily, on a cash basis, and increasingly so. So we’re pretty excited about these efforts.”