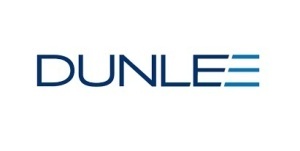 HCB News was the first to report on Dunlee's plans to close its facility in Aurora, Illinois.

I can't help but think back about what an impact Dunlee has had on the health care industry and even on myself as an individual.

I have known lots and lots of people who worked for the company, many who have retired and some who are still in the industry. Dunlee made it possible for hundreds of small independent dealers to go and prosper as well as allowing in-house departments to service their own equipment.

Philips bought the company back in 2001, shortly after purchasing Picker (How many of you remember Picker?). And even though it was a big company, it always felt like a family company.

Dunlee is very innovative, and I've always had the feeling that the staff could turn on a dime. Whenever there has been a need for a new tube you could always count on Dunlee to produce it.

The company is honest and easy to deal with, and they've always treated me fairly.

Anywhere you go in the world, if there is a medical tradeshow, you can count on Dunlee to be there and there have been a number of companies around the world who derived their entire corporate income by representing Dunlee products.

For a time, the industry was very excited and indeed optimistic because there were rumors that Dunlee was to be sold, some said to Varian, others to Richardson Electronic, but now with the company relocating to Hamburg, Germany, it feels like a missed opportunity.

In a statement to HCB News, Philip/Dunlee said that Dunlee will continue to serve the replacement market. I certainly hope so, and I will be very interested to see what happens in the future.

I still feel nostalgic about the facility in Aurora.