What do unconventional service models tell us about the bone densitometry market?


A rare increase in reimbursement
But to what extent does this partnership indicate a shift away from bone densitometry as a whole?

The exam, which is commonly used to diagnose osteoporosis, has been experiencing cuts to CMS reimbursement since 2007. In fact, the rate of hip fractures has been on the rise due to fewer patients receiving the scans.

In November 2016, Medicaid announced that the reimbursement rate for 2017 would be $112.69 for scanners in hospital facilities (instead of $63.33), according to a statement from the University of Alabama at Birmingham supporting the decision at that time.

Despite the history of reimbursement hurdles, the global bone densitometry market is expected to exceed $1 billion annually by 2022, according to a market analysis from ReportBuyer. This represents a 5.2 percent annual growth rate that began in 2016. Stratistics Market Research Consulting cites several factors for the growth, including: increasing rates of osteoporosis in an aging population; better technology; and the growing use of the test in overseas markets such as China, Brazil, Japan and India, which is driven, in part, by medical tourism. In the U.S., Hologic stands alongside GE Healthcare as the other principal manufacturer in the market.

Equipment strategies in an evolving care system
Outsourcing service is an ongoing field of study for analysts, who see a wide range of factors having an impact. 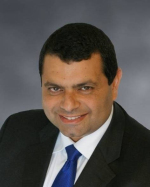 "Device makers are looking to improve their value and cost profile throughout the supply chain, so you might see after-market parts, warranties and additional services outsourced to third parties," says Ash Shehata, principal and member of KPMG’s Global Healthcare Center of Excellence.

In an industry report entitled "Collaboration - The future of innovation for the medical device industry," Shehata cited data from a 2015 Forbes survey that listed sales growth, development of new products and reducing cost structure as the top three strategic priorities in the next 12 to 24 months for medical device manufacturers.

"It can make great sense to shift that work outside the company to provide less of a distraction to management," he said.

For GE, success with offsetting the older model ultrasound service to Alpha Source effectively paved the way for a similar arrangement with bone densitometers.
1
2(current)
3