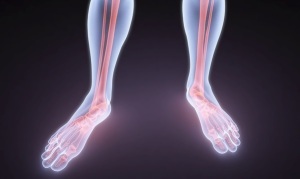 A team of Swedish researchers said they have, for the first time, demonstrated the feasibility of using deep AI learning for orthopedic trauma radiographs (X-rays). Their study was just published in the Journal of Acta Orthopaedic.

The team created a database of 256,000 wrist, hand and ankle radiographs, composed of four classes of fractures. These included fracture, laterality, body part, and exam view. They then selected five open, available deep learning networks adapted for the images to create a gold standard for fractures. Ankles were the most common body part (38 percent), with right extremity (52 percent) slightly more common than left. The anteroposterior was the most common view.

They next compared the network's performance with the findings of two orthopedic surgeons who reviewed the images at the same resolution as the AI network. The accuracy stats in the study indicate that the AI and physicians agreed that a fracture was present in at least 80 percent of cases.

"Our results could be used as a second screening, thereby increasing patient safety and helping junior physicians that lack access to a radiologist, " Dr. Max Gordon, Department of Clinical Sciences, Karolinska Institute, Danderyd Hospital in Stockholm and a member of the research team, told HCB News. "The real benefit will come a few years down the line when we can diagnose a wide range of diseases and ideally also link this knowledge to treatment options."

The study concluded that the findings support further development of the AI application in orthopedics. It takes years of training for orthopedic physicians to train to read such films, yet "inter-observer reliability" can be a big variable in effectiveness and outcomes.

There were certain circumstances in which orthopedic physicians still excel in reading images. These included: the risk of dislocation, classifications, measurements and combining multiple exam views. But, the study concluded, these challenges have technical solutions.

"Even once we have the perfect AI, it is not certain that it will be what doctors and patients expect," Gordon cautioned. "Just as the first smartphones were fun but rather underwhelming, this technology in its first iterations will not solve all our problems."

However, the major intent of the study - to determine if deep AI can be trained to identify fractures - was successful. Given that X-ray still remains the most common and cost-effective orthopedic diagnostic tool worldwide, the research team is encouraged by the results.

"It is a safe bet that that AI will have a large impact, as it has worked well in similar settings," noted Gordon. "There have been interesting developments in areas such as dermatology and breast cancer, where images are an important source of diagnosis."