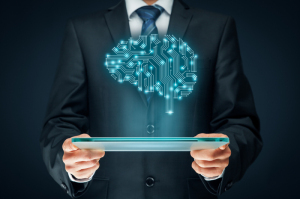 Already used for cancer
A new machine learning program created by a team at Case Western Reserve University has the potential to diagnose Alzheimer’s disease before symptoms appear.

There is currently no cure for the disease, but several drugs have been shown to delay or prevent symptoms from worsening for up to five years or more, according to the National Institute on Aging and published research.

The program integrates different indicators of Alzheimer’s, such as mild cognitive impairment, that can be a precursor for the disease. In two consecutive stages, the program’s algorithm chooses the most relevant indicator to predict who has Alzheimer’s.

The university has proved that integrating unrelated information is useful for identifying cancers, but this is the first time they used the same approach for diagnosing and characterizing Alzheimer’s.

Machine learning algorithms are being used to detect other conditions as well. In May, the University of Pennsylvania found that machine learning could help with the early detection of severe sepsis and Zebra Medical Vision developed an algorithm last year that can predict cardiovascular events.

The program then evaluated the variables in a two-stage process. It selects the parameters that best differentiate a healthy patient from one who isn’t, and then selects the unhealthy variables that best distinguish who has MCI and who has Alzheimer’s.

The team tested it using data from 149 patients that were obtained through the Alzheimer’s Disease Neuroimaging Initiative. For predicting which patients had Alzheimer’s, CaMCCo outperformed individual indicators as well as methods that combine them without selective assessment.

They are continuing to improve and validate the approach using data from multiple sites. They also have plans to use it in an observational mode in which the computer runs the data while a neurologist compiles tests on patients.

If the program proves to be useful for predicting early-stage Alzheimer’s, the team hopes to conduct a clinical trial for prospective validation.