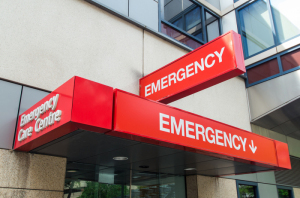 The two expressed their views in an international research study that examined EDs in the U.S., Canada, the U.K., Germany, Australia, Switzerland and the Netherlands, finding socioeconomic factors that influence the quality of their acute care services.

“Quality measures are immature and have not been standardized, so there is great variation across countries in how measurement of acute care is or is not deployed,” Ryan Oglesby, an author of the report and the principal of Philips Blue Jay Consulting, told HCB News. “We believe that quality measures for acute care should be developed and deployed across health care systems, and used to monitor the quality of care and access for ill and injured patients. Standardization is key, as well as national benchmarks, which are lacking in the U.S.”

The study took into account several factors, including age, obesity, wealth distribution, accidents, assaults, ED use and access to insurance.

One finding indicated a tendency of patients to make poor decisions on where to seek medical aid despite when they had access to primary care and full insurance coverage, incurring different financial consequences based on the different choices made. This fact, however, varies on a country-to-country basis.

For instance, the use of EDs in Germany and Australia were found to be the lowest at 22 percent, attributed to faster and easier access to primary care. In addition, 58 percent of Australians and 72 percent of Germans were capable of making same or next day appointments with their primary care physicians, compared to 48 percent of Americans and 41 percent of Canadians.

Many countries have developed programs that provide education on coverage options available to their citizens, such as urgent care centers or telephone advice systems. However, the study states that these efforts may not necessarily include the appropriate use of EDs, a complementary service, thus contributing to poor decision-making.

“There's a lack of health care knowledge, and people in the U.S. often don't know the most appropriate place to seek care,” said Oglesby. “Many turn to the ED as the first option for acute or primary care when they could go to a less expensive setting such as their physician’s office or urgent care.”

America was found to have the lowest rate of readmissions, despite having the lowest compulsory insurance coverage, because of gaps in hospital and surgery discharge, discharge planning, and transitional care. The number of programs with pay incentives for enhancing care transitions and decreasing admissions to hospitals may also play a role.

Other findings included the assertion that social detriments such as smoking, poverty and substance abuse play a role in the high use of EDs; that poor population health due to limited access to health insurance puts a strain on EDs; more extensive training in the delivery of acute unscheduled care is needed for staff; and that quality measures for EDs are in need of improvement.

According to Oglesby, the use of EDs in the U.S. rose from 124 million in 2008 to 130.4 million in 2016, and obesity may be the main culprit that leads to higher rates of acute unscheduled care. He advises that better access to primary care facilities and more opportunities to teach people about the true purpose of EDs could help lower this rate.

“It is important to understand the factors that lead to demands for acute unscheduled care,” he said. “When people are ill or injured, some may not make efficient decisions about where and when to seek care. And inadequate access to general practitioners and medical homes for acute care may lead to high use of episodic settings, particularly the ED.”