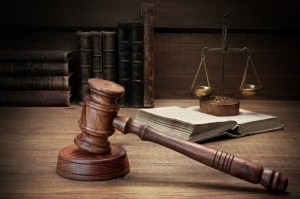 Cerner is getting sued by Agnesian Healthcare, a hospital in Fond Du Lac, Wis., over losses of at least $16 million.

At issue is a “botched” rollout, claims the hospital, that led to $200,000 a month in damages from the billing software.

The September 15 filing by Agnesian states that issues with Cerner's software resulted in "pervasive errors in inpatient billing statements” that forced it to resort to hand billing, according to Politico.

Even though Cerner claimed to have addressed the problem in 2016, by 2017 the hospital uncovered more coding mistakes that "resulted in large numbers of undetected write-offs of claims made to insurance companies and other payers," according to the Kansas City Business Journal.

The 120-year-old hospital sued, claiming its reputation had been hurt when patients were unable to find the relation between the care they got and the bills they received.

It also claimed that Cerner was aware of others having trouble with its software and “oversold” the product, according to Politico.

Cerner spokeperson Misti Preston told the political news site that, “Cerner disagrees with the allegations and will aggressively defend the case.”

Meanwhile, the hospital asserts that it could require until 2018 to straighten out its billing issues and that it may fail to hit the federally mandated billing requirements.

The case was transferred to the U.S. District Court for the Eastern District of Wisconsin.

Cerner, meanwhile, has submitted a dismissal motion, or short of that, a transfer to the U.S. District Court for the Western District of Missouri, because of the arbitration clause in the contract with the hospital.

Cerner leads the EMR market, along with McKesson and Epic, according to a recent Kalorama report.

Cerner took the top spot, Kalorama says, because it continues to add new business and add to its services by adding CernerITWorks, a suite of services that improve the ability of hospital IT departments to meet their organization's needs. A second example is Cerner RevWorks, which includes solutions and services to help health care organizations with their revenue cycle functions.

The company's profile was boosted with its acquisition of Siemens IT, which the market tracker called “a major move that influenced advancement of Cerner's market share.”

Tragically, Cerner's chairman and CEO Neal Patterson, 67, passed away July 9, from “unexpected complications that arose after a recent recurrence of previously disclosed cancer.”

Cerner co-founder and vice chairman Cliff Illig, who was the company's president and chief operating officer, became chairman and interim CEO at the time.

“This is a profound loss. Neal and I have been partners and collaborators for nearly 40 years, and friends for longer than that,” Illig said in a company statement. “Neal loved waking up every morning at the intersection of health care and IT. His entrepreneurial passion for using IT as a lever to eliminate error, variance, delay, waste and friction changed our industry.”