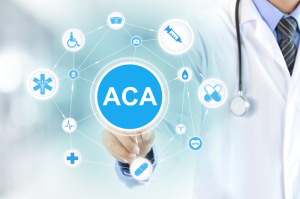 Kenneth Poteete is an old friend of mine and the former president/CEO of the Georgetown Healthcare System in Georgetown Texas. Ken is one of the smartest guys I know. In Georgetown he was the citizen of the year and he built Georgetown Hospital to be a major force in the community before it was sold to St. David's. He is also actively involved in charity.

I was a salesperson and sold some equipment to Ken but we hit it off and when my father and mother died he was a source of great inspiration.

Anyway this isn't about me it's about one of Ken's many "Old Sayings" a saying I'm going to cannibalize in this situation.

Ken used to say "...don't fire your head night nurse unless you have a replacement lined up"

I was very pleased to see today that Sen. Murray and Sen. Alexander have come up with a plan to continue insurance company payouts, payouts that Pres. Trump intended to defund by use of an executive order.

If you're reading this you're probably driving a car that costs more than some people earn in a year. I believe it's wrong to leave people like that without insurance coverage.

As I say, I don't believe that the ACA is perfect but I don't want to "fire" it without having another system in place.