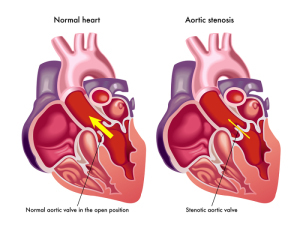 Researchers under David J. Cohen, director of cardiovascular research at Saint Luke’s Mid America Heart Institute, presented their findings at the 29th annual Transcatheter Cardiovascular Therapeutics (TCT) scientific symposium, making the case for the increased use of TAVR, a trend that Cohen says is already on the rise.

“Currently in the United States, it is approaching 50 percent of patients who are receiving TAVR compared to surgical valve replacement,” he told HBC News. The main reason for it not being 100 percent is because the largest proportion of patients who get aortic valve replacement in the United State are in what we call the low-risk category and TAVR is not approved for that group.”

The findings were based on data compiled from the PARTNER 2A randomized trial and the SAPIEN-3 Intermediate Risk registry, with the former comparing the SAPIEN XT valve (XT-TAVR) to SAVR, and the latter doing the same but with S3-TAVR. Procedural costs were based on measured resource utilization while all others were assessed using a combination of trial data and Medicare claims for index hospitalization and follow-up period or by piecewise regression models for remaining patients.

Partner 2A results showed that though procedural costs were $22,083 higher for XT-TAVR due to the expense of the transcatheter valve, shorter lengths of stay and a reduction of in-hospital complications decreased index hospitalization to an approximate $2,900 difference, specifically $61,433 for TAVR and $58,545 for SAVR.

Follow-up costs two years later were found to be substantially lower, with TAVR at a rate of $9,303 per patient, resulting in TAVR total medical care costs being less than that of SAVR. A lifetime horizon projection showed a cost savings of $7,949 and an increase of 0.15 years in quality-adjusted life expectancy.

Greater reductions in hospital stay and complications were found in the SAPIEN-3, with a total cost of index hospitalization of $54,256 under S3-TAVR, compared to $58,410 for SAVR, despite the higher price of the transcatheter valve. A one-year follow-up revealed additional cost savings of nearly $11,000 per patient; and a lifetime horizon projection calculated a savings of $ 9,692 per patient with a 0.27 increase in quality-adjusted life-years.

Cohen predicts that the results of the study will change the perception of costs associated with TAVR, leading to a greater implementation of it.

“I think these results largely are supportive of what is currently being practiced,” he said. “I think the majority of patients who are in this intermediate risk category are being treated with TAVR today. But there have been concerns that it is too expensive for these patients and I think this will be reassuring and help us to strengthen the guidelines to push even more patients toward TAVR.”

The PARTNER 2A and SAPIEN 3 Cost-effectiveness Trial was funded by Edwards Lifesciences and also received support from Medtronic, Boston Scientific, and Abbott Vascular.