Despite Brexit, ESC Congress will return to London in 2021

Despite Brexit, ESC Congress will return to London in 2021 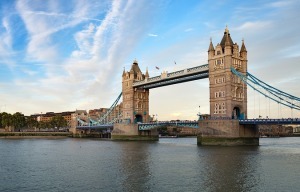 Decision based on Mayor's
new health program
The European Society of Cardiology will hold its ESC Congress in London in 2021, despite the U.K.’s vote to leave the European Union.

“There was no hesitation,” an ESC spokesperson told HCB News. “Immediately after ESC Congress 2015, which was held in London, the talk quickly turned to, ‘When can we come back here?’”

Over 32,700 delegates from 140 countries attended ESC Congress 2015 — making it one of the association’s most popular events. The event also generated £100 million for London’s economy.

The city beat strong competition from other main European cities in winning the event for 2021. ESC’s decision was based on the Health Streets Approach, which was adopted by Mayor Sadiq Khan, which invested £2.1 billion into street initiatives that encourage walking, cycling and public transport instead of private car use.

Data from the mayor’s office shows that if every citizen in London walked or cycled for 20 minutes per day, it would save the National Health Service £1.7 billion in treatment costs over the next 25 years and lead to 16,400 fewer cases of heart disease.

The ESC Congress has become such a major international gathering that only a few European cities are capable of hosting it, according to the ESC spokesperson. More than 2,000 local workers as well as 30,000-plus rooms in 140 hotels are needed to host the event.

“Not a problem for London,” they added. “And with two international airports, its tube system and experienced cab drivers, our delegates can get to and through the city with ease.”

In 2021, the ExCel convention center will have an onsite Elizabeth line station that will enable attendees to travel to other areas of London more quickly. In addition, international attendees will be able to travel from Heathrow directly to ExCel in 43 minutes.