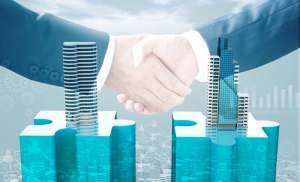 The two Japanese companies have signed an agreement to initiate plans for transferring ownership of the business and integrating it with Hitachi’s own particle therapy division to form one entity.

“As both companies were focusing on globalization, we found it best to combine resources in order to gain a competitive edge and add value through product improvement,” Hiroyuki "Henry" Itami, executive general manager of the particle therapy division, health care business unit at Hitachi told HCB News. “Since Hitachi already had a broad health care portfolio – CT, MR, ultrasound, particle beam therapy – it made business sense that Hitachi took the lead in this partnership.”

Particle therapy is considered one of the most effective methods of treatment for cancer patients, due to its producing fewer side effects, compared to other forms of treatment, such as surgery, as well as its fast recovery time. Over 10 facilities utilizing this treatment are expected to be built each year in addition to the 70 current ones worldwide.

The purchase provides Hitachi access to Mitsubishi’s proton, carbon and hybrid proton-carbon system technologies, as well as its operational expertise. Hitachi will provide the same level of service to customers of Mitsubishi that it offers its own base. Employment opportunities are part of the discussions on the final plan under the definititive agreement.

Itami says the acquisition reflects increasing interest and investment in particle therapy, and that the collaboration between the two will help to enhance features of this treatment for patients.

“We believe there will be continued growth in particle therapy,” he said. “Hitachi also believes that this partnership will expedite advancement in providing a more reliable, user-friendly system which, in the end, is beneficial to the patients.”

Integration is underway, with the design, manufacturing, sales, and maintenance services relevant to Mitsubishi’s particle therapy system business scheduled to merge with Hitachi in April 2018.