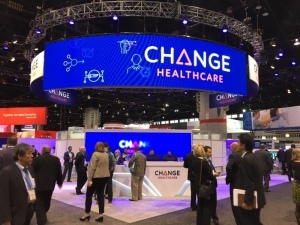 The release of its blockchain technology will enable organizations to track in real time the status of claims submission and remittance across the complete claim life cycle as well as greater auditability, traceability and trust in the management of revenue cycles.

“Conventional claims management requires ‘the claim’ to be handed off serially between multiple parties,” Aaron Symanski, the CTO of Change Healthcare, told HCB News. “A blockchain approach allows all parties to simultaneously work with the exact same claim. And because all parties have seen the exact same claim, no reconciliation is necessary ever. Instead, parties can append the shared claim with additional data, creating a time-stamped and transparent record of interactions with the claim.”

The foundation for the design and development of the blockchain application utilized by Change Healthcare is Hyperledger Fabric 1.0, an open source blockchain framework and one of the Hyperledger projects hosted by the Linux Foundation.

The Intelligent Healthcare Network processes over $2 trillion in claims annually with more than 50 million claims processed daily, and up to 550 per second through its blockchain. The capacity and speed surpass the daily national load and throughput requirements of the network and provide additional space for scale as the adoption of blockchain technology grows.

Change Healthcare is also in production with the ability to record a ledger of transactions using cryptography as a “single source of truth,” enabling everyone on the blockchain network to possess the same copy of the blockchain.

Any comparisons of the same transaction among blockchain participants match, eliminating the need for reconciliation, a task that is currently necessary due to each party maintaining their own individual versions of each claim. The creation of a single source of truth would create services that allow for a more streamlined, patient-centric health system.

The Tennessee-based company first announced the launch of its blockchain technology in September 2017 to increase efficiency in claims processing and secure payment transactions.

Many organizations are utilizing blockchain to address different tasks within health care. The FDA and IBM Watson Health partnered in January 2017 to use the technology to address health data security concerns and HemCare Health Services unveiled a plan in October to develop a blockchain solution for electronic health record management.

Symanski says that Change Healthcare sees blockchain as the next step in its aim to provide greater assistance to customers and increase its scale as a company.

“We have brought in and efficiently used new technologies repeatedly, creating additional value for our customers repeatedly,” Symanski said. “We view blockchain as the next chapter in this process. Exchanging health care data, whether between companies or individuals, should involve transparency, integrity, speed, and democracy – all of which are key features of blockchain networks.”

An increase in the performance of the baseline of the solution is expected with further optimization and scale in response to demand.