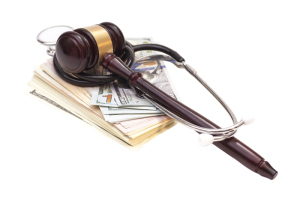 Irina Kossovskaia says she helped
mislead consumers that the QLaser System
could treat more than 200 diseases,
cancer and heart disease among them
A 63-year-old woman faces up to five years in prison after confirming her part in a health care scheme involving the sale of a light-emitting device for treating more than 200 diseases and disorders.

Canadian resident Irina Kossovskaia pleaded guilty Wednesday in the District Court of South Dakota to one count of conspiracy for intending to defraud and mislead consumers by introducing misbranded medical devices, known as the QLaser System, into interstate commerce. Her admission comes nearly a year after Ronald D. Weir, Jr. pleaded guilty to taking part in the same conspiracy.

“Fraudulent medical device scams exploit vulnerable citizens,” Acting Assistant Attorney General Chad A. Readler of the Justice Department’s Civil Division, said in a statement. “The Department of Justice will continue its efforts to protect people from those who knowingly peddle ineffective and potentially dangerous products as treatments for serious illnesses.”

Documents filed with the US District Court for the District of South Dakota specify that Kossovskaia and Weir, along with accused co-conspirator Robert "Larry" Lytle, falsely claimed the devices were safe and effective in treating medical conditions at home, including cancer, diabetes, autism, HIV and heart disease, to initiate sales at an asking price of more than $4,000 per unit.

The system carries with it no clinical or scientific studies to support this claim and was never approved for use by the FDA.

Kossovskaia, as part of her plea agreement, confirmed the claim to be false and admitted to assisting Lytle in smuggling hundreds of the QLaser Systems out of Rapid City, South Dakota to her upstate New York facility following a federal court order that demanded that Lyle refrain from selling them. He also was instructed to refund each customer sold a QLaser device since 2001.

Kossovskaia sold the devices until 2017, funneling tens of thousands of dollars from the proceeds to Lytle. In addition to five years imprisonment, she also may incur fines. Lytle and another individual, Fredretta Eason, also face charges.

“Deplorable schemes involving unproven, ineffective, and worthless medical devices take advantage of people who are impaired by chronic, debilitating pain and disease. The U.S. Postal Inspection Service is committed to ensuring that these types of schemes are investigated aggressively,” U.S. Postal Inspector in Charge Dana Carter of the Denver Division, which covers multiple states including South Dakota, said in a statement. “It is imperative that we continue to protect those vulnerable individuals who unknowingly fall prey to these schemes in their time of need.”