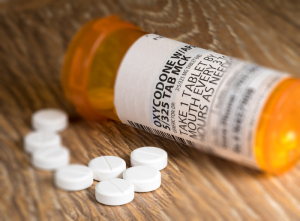 30 tablets are given when only
10-12 are needed
Physicians can help curb the opioid crisis with a new EMR feature, according to a Penn Medicine study published this week in the Journal of General Internal Medicine.

It's a default option for a lower quantity of tablets in the EMR discharge orders.

"For EDs in which there is wide variation in how many tablets are being prescribed, this would be a pretty simple tweak that could be implemented to make prescriptions consistent with guidelines from the American College of Emergency Physicians and other bodies," M. Kit Delgado, lead author, told HCB News.

More than 90 Americans die every day from an opioid overdose, according to the National Institute on Drug Abuse. President Trump declared a Nationwide Public Health Emergency to address the opioid crisis in October.

"The best way to prevent drug addiction and overdose is to prevent people from abusing drugs in the first place," he said in a statement. "If they don't start, they won't have a problem."

For patients who have been prescribed opioids for the first time, a larger amount of tablets prescribed is associated with long-term use and leftover tablets that could be misused or abused. They may receive 30 or more opioid tablets, but the recommended 10 to 12 is enough.

For the study, the research team examined prescription data from two Penn Medicine emergency departments between late 2014 and mid-2015. Both had Epic EMR technology, but Delgado noted the default setting could be implemented in any other EMR in which default prescription quantities can be set.

In 2015, both EDs replaced an EMR that required physicians to enter the amount of tablets for opioid prescriptions with an EMR that has a default quantity of 10 tablets. The physicians could override that by selecting 20 tablets or customizing the order.

The team compared weekly prescribing patterns for oxycodone (5 mg)/acetaminophen (325 mg) for 41 weeks. In total, more than 3,200 prescriptions were written.

They found that a fewer number of opioid tablets were prescribed when the default setting was programmed to 10 tablets. In 2014, just under 21 percent of orders were for 10 tablets but in 2015 that rose to over 43 percent.

There was also a small decrease in prescriptions written for less than 10 tablets. The researchers stated that future endeavors to set default quantities should also provide a default option for the lowest baseline prescription.

"The key is to take a look at the baseline data and set the default number near the low end of what physicians are prescribing," said Delgado. "If this is not done, you likely have the unintended consequence of nudging the physicians who were prescribing quantities below the default to now prescribe the default quantity."

This new data backs a larger study known as REDUCE, which will expand on these findings by studying 50 EDs and urgent care centers affiliated with 24 hospitals for three years.