EHR CTO to EHR developers: now is the time for drug price transparency

EHR CTO to EHR developers: now is the time for drug price transparency 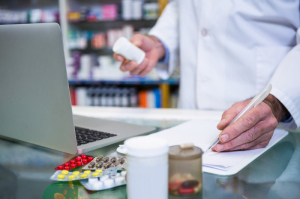 The public debate about high drug prices has failed to address an inconvenient truth: There are huge variations in drug pricing from one pharmacy to another within the same geographical area.

For example, the price of generic Plavix (clopidogrel) ranges from $6.16 at one pharmacy in Aurora, Colorado, to an amazing high of $150.33 at another pharmacy nearby. That’s like a gas station charging $72 per gallon for unleaded regular when a station across the street is asking $2.95. And this is merely one example of the absurd variations in retail drug prices.

Most doctors and patients are unaware of the significant differences in retail charges for prescription drugs. As a result, many patients go to their neighborhood pharmacy, are stunned by the high price for their medication, and walk out without picking it up. Other people pay far more than they should for the drug simply because don’t know it’s available elsewhere for less.

A few companies now sell prescription drug price comparison tools to consumers. These haven’t had much impact, however. One reason is that not many people know about these apps. Also, they’re unlikely to look for comparison tools if they’re unfamiliar with the reality of price variations.

The situation would be quite different if a patient’s own doctor could tell him or her what their medications would cost at different pharmacies. Most patients would welcome that information if it could save them money.

Real-time pricing data at the point of care
Of course, physicians have no way of finding this information on their own. What they need is an online price comparison tool that is integrated with their e-prescribing software, which is usually part of their electronic health record (EHR).

Such an application would have to show the range of local prices for a particular drug within milliseconds of a physician selecting a particular medication to prescribe. Using real-time online pricing data from pharmacies, the software could show the cost of that drug at the pharmacies closest to the doctor’s office, the patient’s home or workplace.

Using the patient’s insurance information in their doctor’s EHR, plus health plan databases, the software would instantly determine a patient’s out-of-pocket cost for the drug, after factoring in deductibles, copayments and out-of-pocket minimums. The application would also show the cash price of the medication. That would be important for two reasons: First, the patient might have to pay the entire cost, either because of a high deductible or high copay, or because he or she was uninsured. Second, especially if the doctor prescribed a generic drug, the cash price might be lower than the copayment under the patient’s plan. So the software would ensure that the patient paid the lowest price in every circumstance.

With the patient’s consent, the doctor could send the e-prescription to the area pharmacy that charged the lowest price for that drug. If the price was still too high for the patient, the software could automatically compare the selected drug with other therapeutically equivalent drugs, enabling the doctor to prescribe a lower-cost alternative.

The role of telehealth in healthcare moving forward

How historical analytics make a difference for healthcare