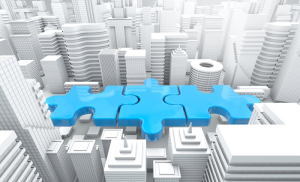 The purchase of Radiology Associates of Florida (RAF) and Access Radiology boosts the number of radiologists under the California-based enterprise to more than 900 in nearly 600 hospitals, and expands its reach among patients, providers and practices to a total of 17 states.

“It’s our underlying premise that radiology and radiologists can play a much more important role as health care transitions from fee-for-service to a value-based system,” RP CEO Rich Whitney told HCB News. “Both are good examples and highly consistent with what our growth strategy is. We like to enter with the leading practice in a market, or if not leading, certainly one of the leading practices in that market. In both cases, we’ve done that.”

The acquisition of Access Radiology, the largest radiology practice in Louisiana, provides RP with access to the growing markets of Slidell, Lake Charles and Alexandria as well as the 40 physicians who serve the HCA and CHRISTUS Health systems among other state hospitals.

The addition of RAF, considered one of the leading practices in Florida by RP standards, marks the third practice listed as a top 25 of Radiology Business Journal’s Top 100 list to be obtained by RP in the past six months, the other two being Southwest Diagnostic Imaging in Arizona and Renaissance Imaging Medical Associates in southern California.

RAF is made up of 60 physicians, and carries management expertise in the area of outpatient imaging centers as well as subspecialty expertise with RP; anticipating its contribution to support in the form of clinical and service innovation.

It also connects RP with RAF's academic affiliate, the University of South Florida (USF), opening up opportunities to partner in the advancement of science and training of next-generation radiologists. RP and USF are currently discussing the potential for such collaborations.

Whitney says the scale of RP grants practices such as these access to greater resources, additionally offering expanded opportunities from clinical programming to greater IT capabilities, along with improved services, turnaround times, adherence to clinical best practices such as radiologist recommendations, and clinical follow-up.

“It’s taking the best of a strong regional practice, which is the case for both, and availing to those practices orders of magnitude more resources than they otherwise could bring to bear themselves," he said. "It’s a matter of them now having access to new resources and new capabilities whether it be new IT systems, clinical value programs, best practices or more and diverse human resources. Not only does it provide improved service to clients, referring physicians and patients. It also opens up paths to significant innovation to add a lot more clinical value to the system.”

Physician and non-physician employees of both Access Radiology and RAF will retain their positions.

Access Radiology was advised by B.C. Ziegler & Co. in its deal with RP. RAF was exclusively advised by Raymond James Healthcare Group.