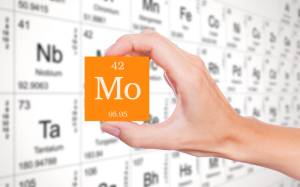 Canada has formed a council to
inform the public of its role in
and the importance of medical
isotope production
Healthcare and nuclear organizations across the Canadian landscape are joining with scientists and government officials in the form of a council to champion their country’s role as a leader in medical radioisotope production.

The Canadian Nuclear Isotope Council aims to spread awareness and support long-term domestic and international policies that enhance production of isotopes such as molybdenum-99 (Mo-99). Its formation follows the recent shutdown of the National Research Universal (NRU) Nuclear Reactor which, for decades, was the main source of medical isotope production in North America and the majority supplier of Mo-99 for U.S. healthcare practices.

“Canada has played a significant role in driving forward that innovation and pioneering these medical applications for radioisotopes,” Michael Sung, project leader for the Canadian Nuclear Isotope Council, told HCB News. “Over the last number of years, we sort of moved away from promoting this very unique position we’ve had in the global community. With the NRU shutdown last month, we’re looking to reclaim that leadership role that Canada had, and are very excited to work with the government from both federal and provincial levels to tell this very compelling, Canadian success story.”

However, the shutdown of the NRU reactor has called into question the demand and availability of radioisotopes worldwide, as well as alternative sources throughout Canada for the production of Mo-99, the parent isotope of the radioisotope, technetium-99 (Tc-99m).

The council seeks to address these concerns by building a strategic alliance of players with a unified voice for directing projects and innovations taking place within the field of isotope production.

Its message is meant not just for the medical community but the general public too, regarding the importance that radioisotopes have for medicinal and non-medicinal purposes, as well as the role that Canadians have played in shaping the nuclear pharmaceutical industry.