Hospital consolidation and you 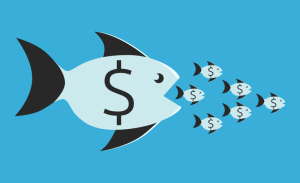 Two years ago, we predicted that hospital consolidations would continue to be a big story, and you see it happening all over the country.

There's an interesting article in our news this week about this very topic.

Have you thought at all, about how this consolidation will change healthcare delivery and how it impacts you?

If there was only one airline in the United States, will that airline charge less money per ticket because they had more economies of scale? Or would they charge more, because there was no competition? You tell me. What do you think?

Of course, airlines are not regulated as they were before President Reagan deregulated the airline industry and to some extent, hospitals are regulated.

Speaking of regulations, are there more regulations on the horizon, and will they be driving up costs?

Something has to happen to keep the cost of healthcare from exploding. I remember 15 cents per gallon gasoline in the 60s' and my mother-in-law remembers that she and her husband lived well on $25 a week. When you retire, what will your $100,000 or even $200,000 salary buy?

Our politicians continue to kick the can down the road. Let's hope this renewed interest, across on all levels in politics, forces them to change that.