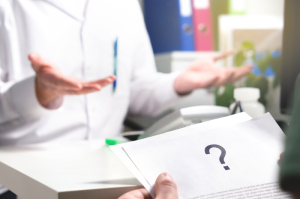 If you think back a few months ago, healthcare was on everybody's lips. Congress and President Trump couldn't stop talking about it.

They made a proposal, and could not reach consensus and now we have moved on to talk about other things. It is almost like healthcare didn't just get move to the back burner, it got put down on the bottom shelf.

We have almost zero unemployment, which typically can lead to inflation. Just imagine if healthcare costs continued to go up.

On top of everything else as I have said 100 times, we have succeeded in making people live longer and there are more people alive. And so I ask the question, what are we going to do to lower healthcare costs and to provide healthcare to all Americans?

In some ways, I blame the news media. Whether it is the right wing news media, or the left wing news media, it seems to me that the media is driving what we concentrate on, focus on, and is distracting us from the important issues we should be thinking about, such as healthcare.

It seems as though it is all about advertising.

I hope we wake up from this nightmare and start to focus on getting something done. I particularly hope our elected officials take their job more seriously.