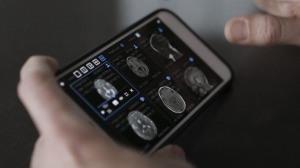 Red Hat technologies will now be
deployed on the MOC to quicken
medical imaging processing
Boston Children’s Hospital is ramping down the time it takes to process medical images by teaming up with Red Hat Inc. to deploy the ChRIS Research Integration Service on the Massachusetts Open Cloud (MOC).

Consisting of a variety of open-source Red Hat technologies, the web-based medical image platform offers providers a distributed user interface that opens up collaboration in real time between clinicians and radiologists worldwide.

“Something that might have taken hours or days can now be executed in minutes or seconds, bringing valuable data back to the clinical front line in a time frame relevant to individual patient care,” P. Ellen Grant, director of the Fetal Neonatal Neuroimaging and Developmental Science Center at Boston’s Children’s Hospital, told HCB News. “Further, the ChRIS platform, combined with an open cloud like the MOC, creates the possibility of establishing secure cost-effective storage and computing for medical data that is run by a consortium of hospitals and institutions at a fraction of the cost required to host in each hospital or use in today's public clouds.”

Hour-long waiting times can often expand the likelihood of serious injury or death in medically-critical situations. Faster image processing and sharing of critical data in real time can deter the chance of these outcomes.

Using ChRIS, Boston Children’s Hospital plans to create a flexible, open, hybrid cloud architecture offering agility, scale and standardization in the deployment of imaging applications, to reduce challenges between app developers and users who require quick access to these apps.

The use of Linux containers as well as Kubernetes at the core of ChRIS will be used to build, deploy and scale applications in imaging, analytics and diagnosis with the Red Hat OpenShift Container Platform.

OpenShift will offer flexibility to use cloud-native application frameworks and run times across MOC, running on the Red Hat OpenStack Platform, an agile cloud Infrastructure-as-a-Service that is the basis for MOC’s scalable compute nodules and providing GPU acceleration.