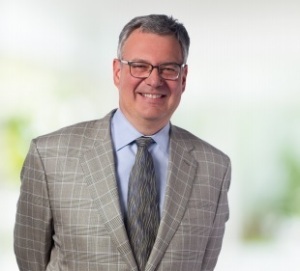 David Burik
HealthCare Business News recently sat down with one of the industry’s most seasoned and insightful consultants, David Burik, Navigant Consulting’s managing director and payer/provider consulting division leader, to discuss some of the industry’s trends, challenges and preoccupations including the state a physician group acquisition.

David Burik: Navigant recently held a hospital CEO roundtable, and the consensus point among executives was there is volatility, both in terms of policy and the ever-changing competitive landscape with retail behemoths like Amazon and CVS joining the fray. Now, healthcare has never been accused of moving quickly compared to other industries, and we’ve largely taken a wait-and-see attitude in the face of volatility. But executives unanimously agreed that the waiting room is just not comfortable anymore. And while the provider world may be volatile, Amazon knows what they're doing, and so does CVS. This isn't just about competing against the hospital down the street anymore.

HCB News: So in your view where are we in the volume-to-value movement in terms of where money is being invested?

DB: At our roundtable the executives were clear in their commitment to value, but equally resolute about the need to re-evaluate and right-size their value-based investments.

The composition of hospital and health system capital budgets is very different today compared to 20 years ago. Back then, hard assets, such as construction and capital equipment, comprised the majority of outlays. Since the advent of the Affordable Care Act (ACA) and value-based models, capital expenditures have focused on supporting population health infrastructure, namely electronic health records (EHRs) and acquisition of physician groups.

Many successful providers have been following an implicit ‘must-have’ strategy when it comes to these population health investments. Yet, broad care delivery and margin improvements have been elusive. Take the recent research from Duke University and Harvard Business School, which shows EHR adoption has yet to reduce administrative costs for physicians, even after we’ve invested more than $30 billion in health IT.

The inability to generate sustainable ROI from these investments has advanced volatility, and it’s being driven by this simple fact: Even for high-performing providers such as those represented at the forum, expenses are rising faster than revenue. As a result, there’s a minimal margin of error in such investments that don’t yield a positive return.
1(current)
2
3

My visit to Russia while things are changing

How competition in cybersecurity can positively impact your bottom line

Australian fires and their impact on healthcare