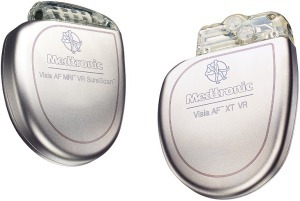 A new study has indicated a decrease
in the number of ICDs not meeting NCD
standards
The number of implantable cardioverter defibrillators (ICDs) not up to CMS National Coverage Determination has declined according to a study of providers taking part in the NCDR ICD Registry.

The decrease was determined following the announcement and completion of an investigation by the U.S. Department of Justice on potential overuse of primary prevention ICDs that did not meet CMS NCD standards.

“The implantation of these devices in U.S. hospitals has a fantastic track record of safety and excellence,” Dr. Dhanunjaya Lakkireddy, chair-elect of the ACC Electrophysiology Council, told HCB News. “The impact on mortality is so dramatic that a lot of times physicians err on the side of implanting these devices rather than not. A rigorous, time-tested process that enables and empowers the appropriate use criteria has really brought some true scientific sense and regulation to this whole process.”

The Centers for Medicare and Medicaid Services established NCD for ICDs in 2005, incorporating available clinical evidence and aligned payment practices among Medicare insured patients to evaluate the use of primary prevention ICDs.

The DOJ launched an investigation into potential overuse in 2010, concluding their assessment in 2016 when it settled with 500 hospitals for more than $280 million in Medicare claims that did not meet NCD standards.

To determine the impact of the investigation on clinical practices, researchers analyzed 300,151 primary prevention ICDs in Medicare patients examined at 1,809 hospitals between January 2007 and December 2015.

The study evaluated circumstances before (Jan. 2007-Dec. 2009), during (Jan. 2010-June 2011) and after (July 2011-Dec. 2015) the announcement of the DOJ investigation, using interrupted time series to determine changes in the proportion of ICDs that did not meet NCD criteria at six-month intervals.

Researchers reported that 25.8 percent of ICDs at hospitals that settled and 22.8 percent at ones that did not failed to meet NDC criteria in the first half of 2007, only for those rates to decrease by 16.1 and 12.1 percent, respectively, over the full course of the study.

“Obviously the Department of Justice investigation probably brought some sense of discipline into how people approach primary prevention in ICD implantation,” Lakkireddy said. “Work done by professional organizations like the American College of Cardiology and Heart Rhythm Society has also helped implementation of appropriate use criteria, which was previously lacking, along with better clarity through guidelines and arresting the indication creep that naturally happens during the evolution of a given procedure in the clinical realm.”
1(current)
2