In the ED, best-of-breed solutions preferred over enterprise EHRs 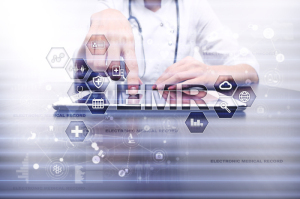 ED physicians prefer best-of-breed EDIS
systems for usability and functionality over
enterprise systems
Thinking about switching to another EHR system? Think carefully about the type.

That’s what Black Book Market Research LLC is saying in a new study which found 68 percent of hospitals reevaluating the implementation of single source enterprise EHRs due to dissatisfaction among outsourced and contracted emergency physicians over their usability and functionality compared to best-of-breed emergency department information systems (EDIS).

"As hospitals and emergency room physicians grapple with intense pressure to optimize processes and with ED visits predicted to rise by double digits again in 2019, EDIS has emerged as a powerful solution to the challenges of the rapidly changing healthcare model and a key way to drive consumer engagement,” Doug Brown, founder of Black Book Research, said in a statement.

Corporate mandates for sole source EHRs have become common among EDs since 2012 with 16 percent of hospitals switching over to them.

Sole enterprise systems, however, are least preferred among emergency physicians, with 83 percent surveyed attributing dissatisfaction to lack of training, 77 percent blaming the number of screens and clicks needed to find data, and 92 percent specifying difficulty in retrieving patient information outside of regional EHR vendor silos.

Eighty percent who switched from best-of-breed or home-grown systems to single source systems report negative impacts on productivity, compared to 13 percent who saw improvement in operations, interoperability, and workflow.

Seventy-five percent saw slowdowns in patient processing workflows using enterprise EHRs, while nine of out of ten say deficits have increased tension, leading to greater medical staff burnouts in EDs and issues such as nurses or physicians blaming computer systems for delays or issues, a fact that created unsatisfactory experiences for 10 percent of consumers, according to the first quarter consumer survey of 2018.

ED managers and physicians attribute problems within the ED to the lack of EDIS usability and interoperability among providers outside the common EHR, such as retail pharmacies, primary care physicians, urgent care centers and pain management clinics.

In contrast, 86 percent of ED clinical managers see best-of-breed solutions as the best option, due to their functionality and efficiency, and improvements in customer care; while physicians rated them as better for decreasing the amount of time spent on charting patient data, with the average amount in visit time dropping from 44 percent in 2015 to 29 percent in 2018. In addition, physicians were able to see 3.4 patients per hour compared to 2.5 in 2015 due to improved workflows.
1(current)
2