This year at AHRMM 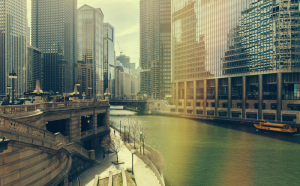 Once again, we attended AHRMM. This year it was at McCormick Place in Chicago (what a surprise!).

The show took up more than half of the East Building of McCormick Place and it was well attended. It really was an interesting mix of companies. All of the GPOs were there and their booths dominated the space. There were a number of logistics companies, materials handling companies and central supply vendors.

Purchasing and materials managers are really a lot of fun to be around when they are a little relaxed. I have to imagine that during the day, they step from one crisis to another so when they are at an event like this where there is no email to read, or people popping their heads in the door, they really seem to be relaxed and friendly.

We visited with just under 300 people and everyone was in a good mood. I love a show when the attendees are relaxed and open in their dialog.

Freight was a big issue at the show with several companies offering ways to reduce the cost of shipping product and supplies to hospitals.

We had weather problems and ended up having to spend Tuesday night in Chicago, but still the show was worth attending.

We will be looking forward to next year's AHRMM.