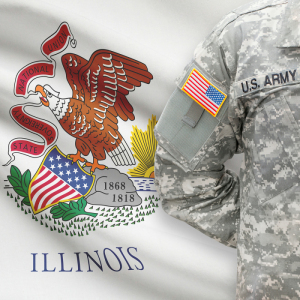 Reports of misread radiology scans are the latest problem to hit the Marion VA Hospital in Illinois – and the issue has led Illinois U.S. Rep. Mike Bost to pay a visit to the facility.

He hosted House Veterans’ Affairs Committee Chairman Phil Roe for a “listening tour” of the Marion facility – and to hold a press conference later, according to The Southern Illinoisan.

“We met with the radiology group today,” Bost said according to WPSD news. "We listened. They are working to improve that. We believe that they are. We believe they are meeting the goals and criteria that were set forth by the report to make sure that what happened here, as far as the reading of the X-rays [is concerned], does not happen again.”

But neither representative brushed off the problems.

“They’ve got a lot of work to do,” Roe said at the press conference, according to the station.

Veterans who had raised the alarms were less philosophical. “Shocked, shocked that something like this could happen,” said Vietnam veteran Rocky Morris, who was there with a group of veterans, according to WPSD.

The matter is personal to Morris. “We had a friend from Benton that was one of them. It’s going to cost him his life,” he told the station, noting that even though he, personally, has gotten good care from the VA, “the complaints come from when we can get it better and nobody listens.”

The Marion center had issues that hit the news in July, when Bost called on U.S. Department of Veterans Affairs Secretary David Shulkin to investigate allegations of mismanagement at the facility that might have hurt care and safety, according to a statement at the time.

Bost, along with Jack Bergman, R-Michigan, sent Shulkin a letter referencing a memorandum dated May 31, 2017, written by the VA National Center for Patient Safety program manager, that reported on the problem.

“Specifically, the memo describes a 2015 visit by NCPS to investigate employee complaints pertaining to worsening organizational and patient safety culture at the facility. Employees also alleged that senior leadership retaliated against them for reporting such problems. VA internal documents demonstrate a strong need for the Central Office to investigate and take action to address the safety concerns," the members stated in their letter.

The VA has been tackling its problems delivering care to U.S. vets, a huge one being the necessary transition from legacy systems to modern electronic and internet-based health records.

In May, for example, it launched a feature on the My HealtheVet portal, its online personal health record, that gives veterans the ability to access, view and download X-ray, mammogram, MR and CT scans, and associated reports from the VA EHR online through its feature, VA Medical Images and Reports.

"Prior to the portal update, to get copies of X-rays, MRs and other imaging scans, veterans had to submit a written request, which was processed manually,” a VA spokesperson told HCB News. “That request could take up to 20 days to fulfill. Now, Veterans can use the same automated tools they use to access other data in their electronic health record [My HealtheVet and/or Blue Button].”