RadioMedix Inc. and Curium to develop and commercialize PET agent 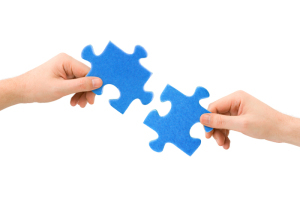 RadioMedix partners with Curium
RadioMedix Inc. has entered into an exclusive agreement with Curium for the development and commercialization of 64Cu-Dotatate for use in PET diagnostic procedures for suspected neuroendocrine tumors (NETs).

The collaboration adds Curium’s regulatory, manufacturing, distribution and commercial experience to the development and marketing of the agent, and builds on the initial development work carried out by RadioMedix.

“64Cu DOTATATE has a 12-hour half-life allowing Curium to centrally manufacture the product at its state of the art Maryland Heights, Missouri facility and then use its existing isotope distribution network to deliver to hospitals and imaging centers across the country," Curium told HCB News.

64Cu can be produced at a central location in quantities. It's approval will help to address the supply limitations of nuclear generator-based PET isotopes, particularly the lack of availability of somatostatin analogue PET agents in many parts of the U.S.

The two have begun production of next-generation germanium-68/Gallium-68 generators in an effort to reduce the shortage of such generators worldwide and provide greater access to targeted radionuclide therapy for cancer treatment. Curium also recently completed an agreement of its own to acquire PET diagnostics maker Cyclopharma and expand French network to 13 PET radiopharmacies and its European PET footprint to 25 sites.

These and the RadioMedix-Curium collaboration are just a few examples of widespread consolidation taking place within the radiopharmaceutical community. Two other recent ones are separate partnerships established by ITM with Bruce Power and Endocyte for the establishment of a stable supply and increased testing of no-carrier-added (n.c.a.) Lutetium-177.

"RadioMedix is the innovator of this product and brings expertise of development work and experience with Phase III clinical trials," said Curium. "Curium will compliment the partnership with our regulatory, manufacturing, distribution and commercial expertise."

Phase III clinical trials of the agent are currently underway. RadioMedix expects to file a New Drug Application with the FDA in 2019.