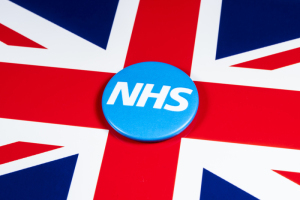 The U.K. is in need of more radiologists
to keep up with the rise
in scanning workloads
More than $134 million (£116 million) was spent last year by NHS hospitals to outsource patient scans – enough to cover the shortage of radiologists in the U.K. and pay for approximately 1,300 full-time consultant radiologists.

That’s according to the annual radiologist workforce report released this month by the Royal College of Radiologists (RCR), which for the first time has specified the number of additional full-time diagnostic radiologists needed, a figure of 1,004. The need for more is due to a 30 percent rise in scan workloads and is predicted to grow to at least 1,600 radiologists by 2022, should this trend continue.

“The increase in exams is mainly driven by the growth in CT and MR scanning,” a spokesperson for RCR told HCB News.

Findings of the report show a flatlining of full-time radiologists between 2012 and 2017 in devolving nations, with 10.3 percent of U.K. positions remaining unfilled in 2017 and two-thirds of NHS jobs vacant for one year or more.

Nearly a fifth of vacancies were found in Northern Ireland while the number of Scottish whole-time equivalent radiologists also declined. In contrast, England saw a 15 percent rise in the number of full-time radiologists.

RCR has called for better NHS retention and recruitment as well as additional funding for radiologist trainees. In addition, it has held ongoing recruitment campaigns and has traveled to various industry events and overseas to persuade greater interest in the specialty and bring foreign recruits to British shores.

“U.K. radiology is dependent on international recruits to help staff our hospitals, and we welcome radiologists from overseas to enhance our diverse workforce,” a spokesperson said. “The College is calling on the U.K. government to include non-consultant-grade radiologists on the shortage occupations list to help hospitals recruit, and is very keen to encourage overseas recruitment.” The RCR works to support trainee initiatives and university-based radiology societies however we can, and we also host events where trainees hear firsthand encouragement from consultants across the subspecialties.”

At least 5,415 full-time consultant radiologists in total will be needed by 2022 if current trends continue, according to the current RCR workforce report. Should the number of radiologists rise, this number could decrease to 3,805.